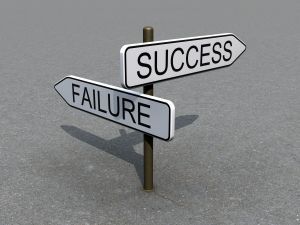 As I’ve been thinking, praying and living through the last 9 or so months of making the jump to be full time self employed, probably the biggest hurdle in my mind is fear of failure.  It’s the mental exercise you and I do where you go through in your mind all of the “what if” scenarios.  What if we can’t pay the mortgage?  What if we don’t have food?  What if nobody likes this post I’m typing? What if, what if, WHAT IF?!  As I look at my two kids’ faces, this reality of “What if” gets real.  This fear can become paralyzing, but it’s not isolated to those wanting to make career moves.

We face this fear in all areas of our lives.  There have been times as a creative that I’ve been afraid to try a new design or to bring an idea to fruition.  What if others don’t like it?  Fear.  It fleshes itself out in all areas of our lives.  What if I get honest with people about some things I’ve been dealing with? Fear.  What if put myself out there for someone and am rejected? Fear. What if no one notices what I do and it seems to matter to no one? Fear.

So how do you move past that fear barrier?  How do you deal with the reality of fear of failure?  As I’ve been working through my own “fear of failure”, here are some things that have helped and just some thoughts on that whole process:

I’ve been doing a lot of digging online and here was an article I read that addresses some of these ideas, especially for those considering making the jump to being self employed:

The Fear of Freelancing: Why You Could Be Hurting Yourself