About five years ago I told a good friend that is in the design industry (like me) that I had cleaned out my email inbox to zero.  His reply was something to the effect of “Well, that’s probably not a good thing. If it is close to zero, that means business is not good.”  It dawned on me today as I was working through getting my inbox down to zero, something that hasn’t happened in probably two years, that I took his message to heart.  He meant well, and I do understand what he was saying.  He was just wrong.  A full inbox doesn’t equal clients necessarily.  For me, it has been a constant reminder that there is always something else that I haven’t done yet (like any of us need reminders that there is ALWAYS, ALWAYS something else to be done if you own a business).  My inbox had become an unofficial to do list even though I already had a to do list.  And the older emails in my inbox became older and older and didn’t get done.

Well today….I did it.  How do you like them apples? 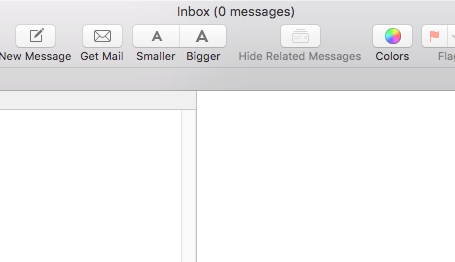 Don’t get me wrong.  I didn’t just go through and delete out my inbox although I’ve been tempted to many times.  No instead, as I mentioned in my previous email, I’ve been on a quest toward improved productivity and overall working smarter.  My inbox was a huge nemesis for me.  I ended up watching a video by Scott Beebe on how to get a hold of your inbox, took notes and began my journey toward inbox zero (not a paid endorsement, just a very helpful tool…thanks Scott).  Took about 1.5 hours to clear out the 200 emails in my inbox…I was a “distributing” machine.  I say distributing because that is one of the mindset shifts that needs to happen: moving from a captive where you are “owned” by your inbox to where you are a distributor, owning your email and moving it to where it needs to go.  200 was my average for my inbox on most days even after clearing out a bunch of items.  How about you?  What is your current inbox number at?  Do you struggle like I do with your inbox or is it no big deal for you?  Let me know in the comments below.